Atlanta is a Lie

In the summer of 2000, my then ten-year-old son and I drove to Orlando for a pauper’s vacation. I had virtually no money. If Molly Moots hadn’t let us crash at her house in Tampa, there’s no way I could have afforded the trip. I had barely enough money budgeted for two tickets to Universal Studio and gasoline. Ergo there was no stopping at a motel half way to Molly’s house in Tampa. Could not afford it. I remember driving to the first rest stop over the Florida state line early in the morning after driving all night (we had to leave in the afternoon when my custody started). My head lolled in forward jerks. Micro-sleep washed over me and suffocated my brain. I parked the truck, rolled up the windows for safety and passed out for a few hours. I woke sweating through my clothes. I looked over at my son and his face was beet red and he was sweating profusely too. He was reading a book like this was perfectly normal. The interior of the truck was suffocatingly hot.

It was the same deal on the way back to Saint Louis. No hotel. The trick was to rest up and try to drive it all in one wakeful hauling of ass. Yeaaaah. I-75 through the heart of Atlanta was construction-choked down to one lane. It took me four hours to squeak through Atlanta. Four additional hours of wakefulness that would extend my sixteen hour drive to twenty hours and make me late for custody switchback (I still remember that lovely call to my ex from a Texaco pay phone in the days before cell phones.) Another half-tank of gas that I hadn’t budgeted for. (We spent our slim contingency fund on Disney tickets we could only afford because Molly had a coupon.) Thanks, Atlanta. Fuck you, Atlanta.

We’ve driven to Almost-Orlando a couple-three times over the past few years to visit the World’s Greatest Mother-in-Law™.  I’ve never forgotten how much I distrust Atlanta for traffic. We always go down through Jackson Mississippi and cut through the Florida panhandle, even though it adds a couple hours onto the trip. Fuck yourself with a cactus, Atlanta.

Sure, the maps and GPS say, “Go through Atlanta, Shawn. You’ll save hours of travel time! Hours!”

Uh huh. Atlanta is a lie. Atlanta makes you a promise, but Atlanta always finds a way to renege and screw you back for more than it offered to save you in the first place.

My Beautiful Wife did not cry as she left behind her job, her home of thirteen years and the State she’s lived in for the entirety of her 32 year life. 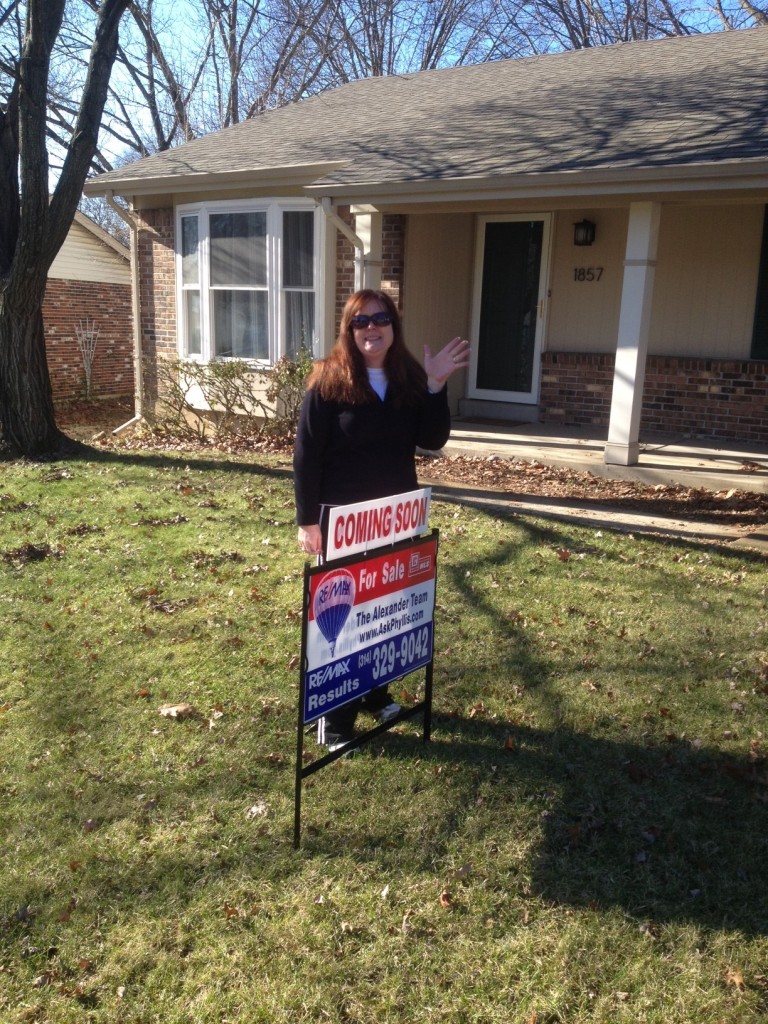 On the move to our new base camp on the St. Pete peninsula she blew a tire in the middle of Nowhere, Arkansas. Have you ever been driving down the highway and seen some poor schmuck who obviously had to unload a packed car on the side of the road to get to the spare tire? Yeah, that was us. Our ten hour Day One drive was extended to a twelve hour detour through a tire store in Memphis. The entire trip was a twenty-hour odyssey, door-to-door.

The World’s Greatest Mother-in-Law™ picked out a terrific apartment for us. Not being sarcastic. It’s new, it’s quiet, and it’s perfectly located ten minutes from a string of amazing beaches. Having packed only what could fit into an SUV and a truck, we arrived at the new apartment with nothing but boxes of her clothes and an inflatable mattress. No furniture. Within 48 hours we rented a bed and hit a bunch of Salvation Army stores for clean, cheap furniture. We celebrated Christmas in an apartment that looks like an actual apartment. MBW says when we move out, we’ll just donate the furniture back to the Salvation Army and take the tax credit. Sounds like a plan.

MBW bought a frying pan at a thrift store. She said to me, “We can’t keep eating out every night. Why don’t I cook something that fits in one frying pan? Like Hamburger Helper?”

Flash forward three hours: MBW and I are sitting at a card table in our apartment on folding chairs. We’re eating Hamburger Helper from Corelle plates that were probably someone’s grocery store rewards premium in the 80s. The absurdity of it all caught up with us at once and we started giggling so hard we almost collapsed the legs of the card table. We had a funny little window into what our life would have been like if we had married each other right out of college.

It was a nice moment. MBW is a champion at making a house a home, and our little southern base camp is coming along nicely. The new 4K TV we bought each other for Christmas doesn’t hurt. We grabbed a real table and a TV stand at a flea market after this picture was taken.

I claimed my cube at my new downtown Tampa workplace. No more office for me. Also I have to pay a pretty steep price for monthly parking, which almost offsets the money I save by not having State income tax. Grumble. The office break room overlooks the rooftop pool of a swank hotel. That view was – shall we say – quite impressive. Lots of big bouncy beach balls in the deck chairs around that pool. I’m going to be refiling my coffee A LOT.

Some general thoughts on Tampa:

– The people in Tampa drive like shit. I completely understand why my car insurance premiums jumped. To be fair, I can’t say it’s the locals. Florida is a mélange of people transplanted and visiting from all over the Eastern US. And I’m too busy just trying to avoid collisions to focus on the license plate of whomever just pulled in front of my truck like it was invisible.

– The traffic lights are BUH-RUTAL! It’s as if the head of the street department merely shrugged and said, “Eh. Eight minutes this way. Eight minutes that way. Four minutes for turn lanes A. Four minutes for turn lanes B. Do that for every intersection and don’t worry about maintaining any kind of traffic flow for the major roads. Just random is fine.”  GAH! When you stop at a red light, pull out a book. You’re going to be there for at least twelve minutes.

– It has been such a long time I had forgotten, but golly the beaches in St. Pete (and up by Dunedin where we live) are nice. It blew my mind to wade into the gulf on New Year’s Day with the water as warm as bath water.  The Labrachow had a grand ol’ time swimming at the pet beach.

– The weather is as amazing as I wanted it to be. Locals were complaining about the heat. MBW and I just shook our heads and smiled.

But the party is over. At least for me. Me and the dog had to head back to Saint Louis until the house sells. We rolled north; me talking to the dog like Harlan Pepper rambling to Bufford B. Hound.

Sigh. Fucking Atlanta. Fuck fuck fucking FUCKstain Atlanta. Ya got me again, you mutherfuckers. This time a traffic jam for no apparent reason. Standstill parking lot traffic on I-75 on a Saturday night. Any plans I had to roll into the Chattanooga hotel in time to find an open restaurant went up in a cloud of exhaust along I-75.

And now I’m back at the lonely bachelor pad. Me and a very depressed dog. MBW says the cat has never been happier, but that’s no surprise. The cat hates me marginally more than she hates the dog. It sucks to be away from my honey. She’s got a job interview next week, so there’s nothing but optimism in her sphere. Me, I’m looking around a five bedroom house that I need to pack by my damnself and I don’t know where to start. Turns out that starting with Scotch was both a great idea and a terrible idea.

Two things I won’t be packing: The calendar that counts down the return trip to My Beautiful Wife, and my grudge against Atlanta.