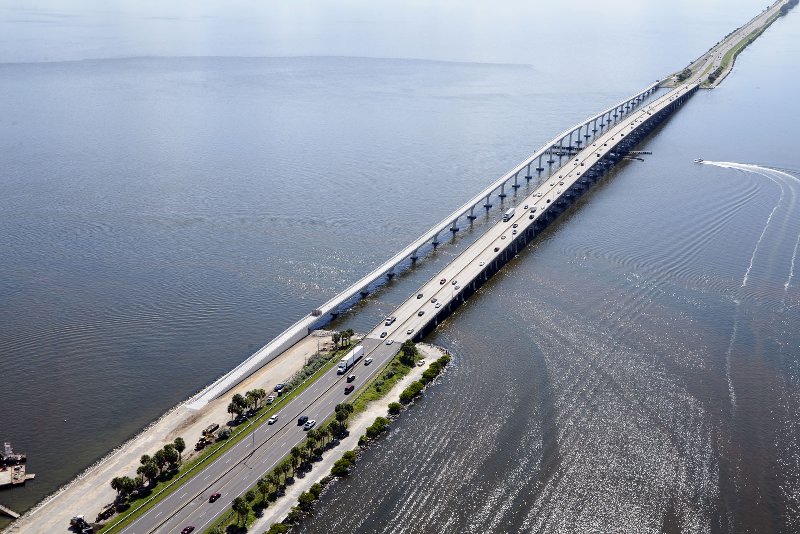 I sit and watch the cursor blink. I sit and scratch and try to think.

Every day here in Base Camp Papa Hotel brings something new; something I could write about. But I don’t. There’s a point where you stop pointing at all the streaks of color pouring past you and just spit and say, “Yep. That there’s what dem city folk call a blur, Lurlene.”

I could have done fifty blogs on the difference between St. Louis and Tampa, but why?  “Hey! This is a shocker, you won’t believe it, but NOT ALL CITIES ARE ALIKE!!! Yeah-no-yeah. Seriously!”

So here are the highlights of my last month. Or perhaps the mid-lights, as it were.

I think I’m in Tampa permanently now. No more running back and forth to my as-yet-unsold house in St. Louis. The stagers started staging today. With any luck it goes back on the market in a week.

The missus found a job in her field that has a lot of promise. More importantly it has terrific insurance, so that’s all coming together. I still have to find a new doctor down here. I’ll be interviewing medical professionals based on their small hands. I’m closing in on 50 and that means I’m getting a couple fingers shoved up my pooper every year going forward. At the top of my new D.O. requirements are small hands.  My last doctor was built like Lurch, and when he checked my prostate, BOY HOWDY! My contact lenses would pop out.

Last Monday my company was sold to a larger competitor. My fellow employees and I have lived in the shadow of this possibility for years. We are owned (for the moment) by Carl Icahn. My St. Louis brethren remember Carl as the corporate raider who bought and dismantled Pan Am as well as TWA, for which STL was a hub city. Gordon Gecko of the movie Wall Street was largely based on Uncle Carl. (Blue Star Airlines was TWA.)

Working for a telecom, one of the most fungible, asset-heavy industries there is, we always knew it could happen any day. All telecoms have virtually the same assets and the same equipment. The only difference is the people who sell it and the way they price their network assets. The weird part was that Uncle Carl walked away from dozens of previous deals because he wanted a ridiculous asking price for our company, about four times what it is worth. Damned if Verizon didn’t pay the asking price to get some wireless bandwidth rights we acquired three mergers back and forgot we had.

It has been a good ride. I was ridiculously well-paid for the years I was here.  (Consider also that I wrote three novels on-the-clock here in the last five years.)

We got the news Monday morning. Technically, the sale is not official until the FCC says it’s official. Our brass says that’s going to take 18 months. I expect it take more like seven to eight months. It’s not like they handed us pink slips. I have time.

Last Monday morning took the shape of the impact crater left by the news. By Tuesday morning I had submitted eight resumes. Today marks BOMB PLUS SEVEN DAYS and I am getting SLAMMED with interviews. I have had three phone interviews with one more phone interview in the chamber this afternoon and two secondary face-to-face interview scheduled for Thursday and Friday. Amazing!

One of these jobs is a military contract job. It requires an S-level secret clearance. This means a G-man would go around interviewing my old neighbors and my friends and my EX WIFE, as well as going through my finances for the past ten years. I can’t tell you how exciting a proposition that is for a privacy nut like myself.

I was worried about the job market for Technical Writers in Tampa, but I can exhale. There are a metric ton of corporate headquarters based here.  Not as many as Dallas, but a lot. We’re not going to starve.

And anyway, My Beautiful Wife and I could not be better positioned to weather a storm: Downsized to a cheap apartment, house sale proceeds (hopefully) right around the corner as a safety net. We could live comfortably on her paycheck.

I have enough optimism about my future that MBW and I went ahead and signed a contract to build a new house here. I’ve never had a house built before. It’s too small to qualify for McMansion status, but it’s big enough for us two empty-nesters and the cat and the dog. Down here in Florida, they stack the houses closer together than the balls on a Beagle. There’s not much in the way of lawns. We had one real estate agent at an open house in Dunedin explain that the exorbitant asking price was to accommodate for the HUGE YARD. I stepped outside. The “huge yard” out back was almost the size of my tiny front yard in St. Louis. If my St. Louis property was picked up and moved to Florida, some developer could build three more Florida homes in my back yard.

The house should be finished two weeks before the lease on our apartment is up.  Nice. Then I realize that I’m financially responsible for three dwellings at the moment. I’m practically a slum lord!

It’s crazy how happy I find myself down here. Any hint of depression seems a distant memory. Even though I have a history of being a night owl and the clock is an hour ahead of my previous life, there’s something about the circadian rhythms of my day that seems perfect. At 10:20 I can’t keep my eyes open. When my alarm goes off at 7 am, I don’t go back to bed or hit snooze unless my missus is occupying the shower.

The traffic here is unbelievably bjorked, but I’m adapting to that. I had been avoiding the causeway that cuts across the Bay, twelve miles of a strip of road built into the waterline. Then I asked myself “why?” The traffic through the bad part of town takes just as long as the causeway. If I’m going to spend an hour in bumper-to-bumper, why not look twenty feet out my passenger side and watch old dudes fishing. Why not look thirty feet out my side of the truck and see the big sailboats cutting through the sunset, headed for the marina. It’s all perspective, I suppose.

And let’s face it. There’s something magical and calming about palm trees. It must be something in human DNA. How bad can your day be when you are passing an endless fence of swaying palms? Perspective.