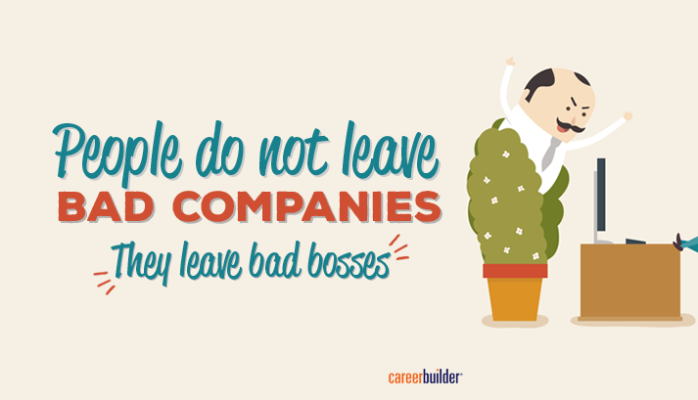 At. Not for. I work at Google. I don’t work for Google.

The Powers-that-Be are a wee bit particular about that distinction, and I don’t blame them. The guy who badges-in to fill the vending machines at Foggy Bottom works at the CIA, he doesn’t work for the CIA. Makes sense. Google only hires the brightest, so there’s an element of stolen valor if I misrepresent the status of my contract job.

I’m a TVC, Temp-Vendor-Contractor. The secret project that I have been hired to support isn’t technically secret any more. It’s out there. It has been declassified (mostly) in financial reports. That said, it would be really easy for me to blather my way out of a job by talking too much. Google knows. Yes, Google knows all. So it’s easier for me to just say I’m working with cool people on a cool project at a cool company. Leave it at that for now.

I also don’t blog when my job is going bad for the same reason.

My last job was about as bad as bad gets for me. Hands down the worst job I’ve ever had, and that’s saying something. The opportunity had potential, but the jackass douchebag nano-manager kid I to whom I reported was an assclown who knew more about everything than everybody. He spent his days unwriting everything I wrote because he could do it better. Never mind that I was hired specifically because the documentation he had written wasn’t cutting it.

By volume I cranked out more documentation in 18 months at Mom and Pop Industries, Inc. than I had in my previous ten years combined. But in the crucible of ready-fire-aim management, there was an inordinate amount of “Oh, hey Shawn, that X project that I said was the most important thing in the world that had to be done yesterday? The one you stayed late to finish? Er… We’re not going to do X after all. We’re doing Y instead. Y is actually the most important thing in the world and it has to be done the day-before-yesterday.”

Or the number of times I lived this:

ME: “The guy on the factory floor who builds the part.”

NANO-MANAGER: “Oh no. Never listen to those guys who work in the factory about how to build something. They don’t know anything. If you’ve got questions and you can’t find me, then ask Tim, the factory floor manager.”

ME: “I did. Tim confirmed the same thing.”

Nothing ever got done right because it was a never-ending circus of rush rush rush redo redo redo.

My first week at Mom and Pop Industries I tried to explain to the kid how important it was to take a minute to work through the templates and organization that I’d reuse everyday. I told him that we needed just a minute to get a process in place. I had been to this rodeo more than once. We should stop fighting fires long enough to craft a firefighting plan. No no no, OMFG, the world was going to end if we didn’t have three manuals done in the first six days. Riiiiight. How much time was wasted over the next 18 months reworking the templates and redoing those early manuals because we couldn’t wait four days for me to get a plan together? Way more than 48 hours. By a longshot.

Jesus Christ. What an ordeal. I guess a lot of it was rooted in how desperately bad I wanted out of my loser job that suddenly It became impossible to land a different writing job in Tampa. One of my dad’s nuggets of country wisdom was “Scared money never wins.” The more you need it, the less likely you are to get it. Tampa is a low pay market for tech writing. There were job offers, but I would have to take it in the shorts. My ego wouldn’t let me take a huge pay cut. I interviewed for a lot of jobs for which I was either a perfect fit or possibly overqualified. A lot. A lot lot. I wanted out. I wanted to get away from the douchebaggery, but I couldn’t get an offer that was anywhere close to the same pay range. As much as I wanted to put my idiot nano-manager in my rearview, I wasn’t going to pay 20K to do it. I owed it to my wife to keep pulling on the splintered oar and not revert us back to the days when we clipped coupons and sweated the bills.

That’s when a series of unusual events unfolded: Two recruiters, two job opportunities, one in the United Arab Emirates, and the other in Saudi Arabia. Of course there was no way I was going to move to the United Ara– WHAT? IT PAYS HOW MUCH? Tax-free? And they pay for my housing too?

Could I live away from my wife? Was our marriage strong enough to withstand a long distance relationship if it meant that we could retire early and spend our later years sailing the Caribean on a boat? It was worth a discussion. Discussions were had.

For naught, it turns out. Both jobs evaporated for different reasons. The UAE job req was pulled by the Royal Family. They didn’t know what the heck they really wanted. The Saudi Arabian hiring manager thought I was overqualified; some problem they had with another pedigreed writer in the past. Sigh. Trust me. I would have washed dishes in the commissary for that kind of crazy money and been just fine.

But… The conversation had with my wife had already taken place. We had agreed that I should chase opportunity elsewhere if it meant that there was something great for us on the other side of the sacrifice. If I was ready to move to the other side of the planet, why couldn’t I move somewhere else in the U.S. if the right opportunity moved us closer to our retirement plans?

That’s where the crazy odyssey really began. I flew to Sumner WA for a third/final interview with Amazon’s robot building team. Got bumped at the last minute by an internal candidate. Landed a job offer in Charlotte that was just okay, but not stellar enough to justify moving away from my wife. Another job offer in Albuquerque working for the nuke lab that was intriguing, but… Albuquerque, yaknow? Flew to Hood River OR for an onsite interview with folks who build military drones. Never heard back from them. Who flies a guy across the country for an interview and then doesn’t have the courtesy to at least email to tell him that he didn’t get the job? I followed up three times. Nothing? Really? You’re going to ghost me? I took off two days of work on short notice, put my job at risk with my a-hole manager, I ate the cost of the rental car, and you can’t even shoot me a form rejection email? Crickets? Really?

Flew out for a close call interview with a big national company with an HQ in Reno, but they had just merged with another industry player who had a low opinion of tech writers and dropped the payscale for the position by $30K between the time I started interviewing pre-merger and the time they were ready to make an offer, post-merger.  JFC. That was a kick in the balls. Scared money never wins.

Lots of interviews and nibbles from other Florida companies, places far enough from Tampa where I’d be required to move, but could still drive home every weekend or every couple weeks. None of those came through.